Up to 90% of all hydraulic system failures can be attributed to contaminated oil, says hydraulic component maker Muncie Power Products, Muncie, Ind. And a recent Canadian study found particlecontaminated hydraulic oil accounts for 82% of all wear. Filtration systems help avert the problem, but knowing what gets into hydraulic oil and why is key to selecting the correct one.

What gets into oil
Water is probably the most common chemical contaminant in hydraulic systems and condensation the most likely source. A system run in hot, humid environments ingests air containing water vapor, which then condenses upon cooling. Leaky reservoirs and seals, careless use of steam cleaners or high-pressure washers, can also introduce water. Demulsifiers in most oils help separate the heavier water portion for draining. Special coalescent materials, desiccants, centrifuges, and vacuum hydration are other ways to eliminate it.

Water also supports biological or microbial growth, especially when systems stand idle for long periods of time. The resulting biomass tends to be corrosive, slimy, and has an unpleasant odor. Eradicating the bugs requires that the system be drained and flushed. But avoid chlorine-based disinfectants because chlorine hydrolyzes to form hydrochloric acid.

Yet another contaminant is byproducts of incompatible oils. Mixing synthetic hydraulic oils with mineral-based oils may form foam or sludge, for example. And a noncompatible detergent can destroy antifoam agents and permit the oil to retain excess air. This is a problem since air-laden oil degrades pump efficiency. Higher viscosity oils tend to trap air better than thinner oils. Vapor pressure (bubble formation) rises with temperature, and with lower atmospheric pressure. A clogged breather can drop reservoir pressure and allow bubbles to form at the pump inlet. Lower pressures here also encourage cavitation.

Consider a system operating at 2,000 psi. An air bubble passing from the low pressure to the highpressure side of a pump compresses to about 1⁄135 its original size in less than 10 msec, producing considerable heat in the process. Typical diesel engines have a 32:1 compression ratio for comparison. One study found air trapped in 150- m diameter cavitation bubbles reached temperatures to 5,500°C. When pressures rise, bubbles collapse or implode, creating shock waves and socalled microjets with local pressures estimated at 1 million psi. These microjets pit pump-housing walls, open clearances and reduce pump efficiency, and in extreme cases may cause mechanical failure. The ejected particles also contaminate the oil.

Damage from cavitation is just one source of particulates. Metal shavings or slivers shed from internal components are others. These can foul relief valves and gouge pump housings and wear plates, also lowering efficiency. Silt-sized particles can mix with oil sludge, gum, and varnish to make valves stick. The dirt acts as a catalyst to oxidize oil while microorganisms feeding on dirt and water destabilize it. Fortunately, filters can all but eliminate most particulates.

Keep it clean
But which filter is right for the job? Some filter manufacturers arbitrarily assign a micron rating as a measure of filtration, but such ratings say nothing about efficiency, which is a better measure of filter effectiveness. The Beta Ratio Test (SAE J1858) is probably the best indicator of filter effectiveness. It measures a filter’s efficiency at removing specific-sized particles. The test equipment counts the number of particles in the fluid before and after filtering. The ratio of the particle counts is the Beta Ratio:

The ratio will generally be between 1 and 75. Filters are Beta rated as nominal or absolute by their ability to remove contaminants. Absolute filtration gives the diameter of the largest hard spherical particle that will pass through a filter under specified test conditions. Absolute ratings are possible with certain types of glass-fiber filters but not with most paper elements. For example, a filter with a 15 = 75 rating (98.7 % efficient for 15- m particles) would be categorized absolute. Another filter rated at 10 = 2 and 50% efficient for 10- m particles, is typically considered nominal.

Another important issue is filter location. Some suggest using a strainer or filter before the pump, but these have some drawbacks. For one, a partially clogged filter here can trigger cavitation. There’s also the potential for the pump ingesting the collected dirt in one chunk.

High-pressure side filters prevent dirt from reaching components downstream of a pump and are justified in some cases. But the filters must tolerate high system pressure and tend to be more expensive. A return-line filter before the reservoir is less costly because lower pressures simplify the hardware.

In all cases, filter capacity should be at least twice the system flow rate. Larger-capacity filters also last longer between changes and are less likely to bypass. Bypass mechanisms in filters divert flow past a plugged filter element or when excessive oil viscosity would inhibit flow. This prevents oil starvation but also circulates unfiltered residual contaminants through the system. Regular filter changes help prevent bypass, but it is much better to know when to change a filter based on remaining life than on time in service only. Restriction gages measure dirt buildup by the amount of vacuum created when air is pulled through the filter. Reaching a predetermined vacuum level signals the need for a filter change.

Probably the best time to filter oil is when replenishing the reservoir. Oil from a drum has typically had the big chunks removed but it’s still dirty by hydraulic standards. A portable fluid-conditioning unit can capture dirt, simplify fluid sampling and particle counting, and ease filling and emptying without introducing contamination. 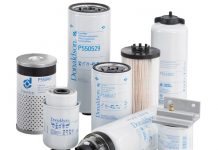 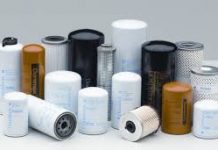 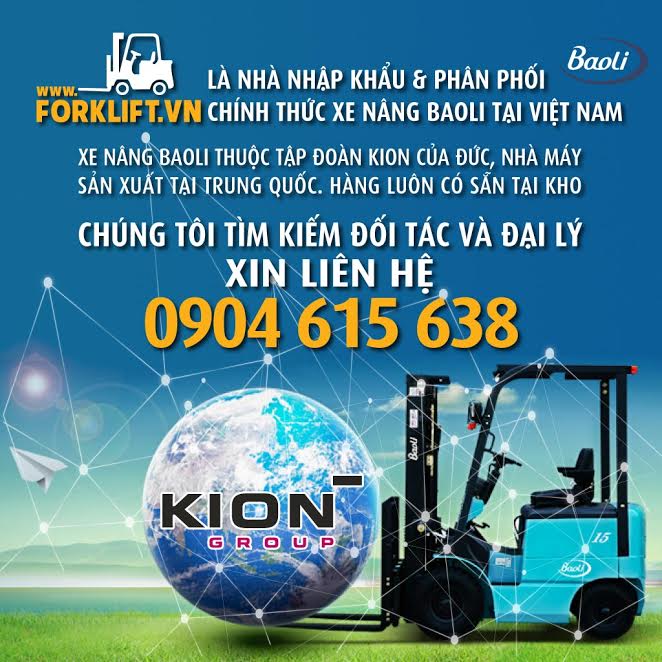 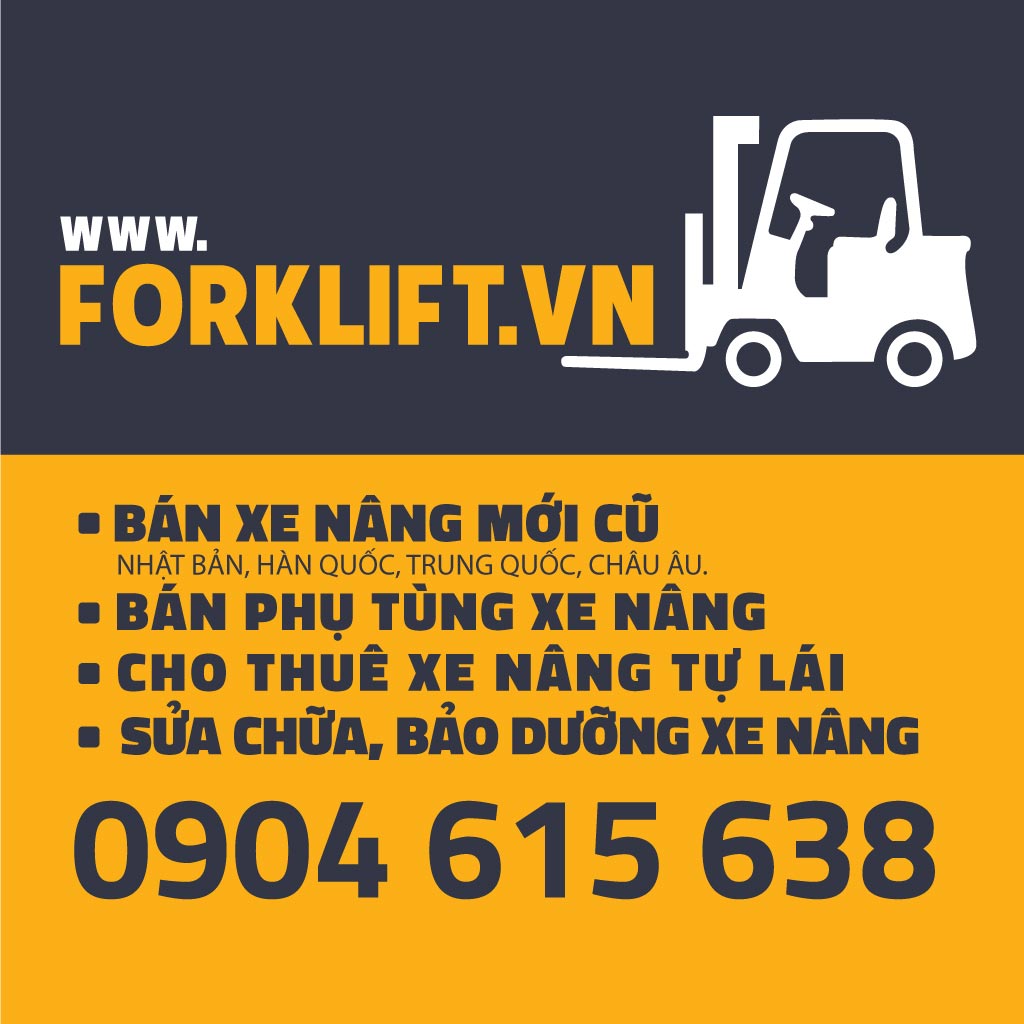 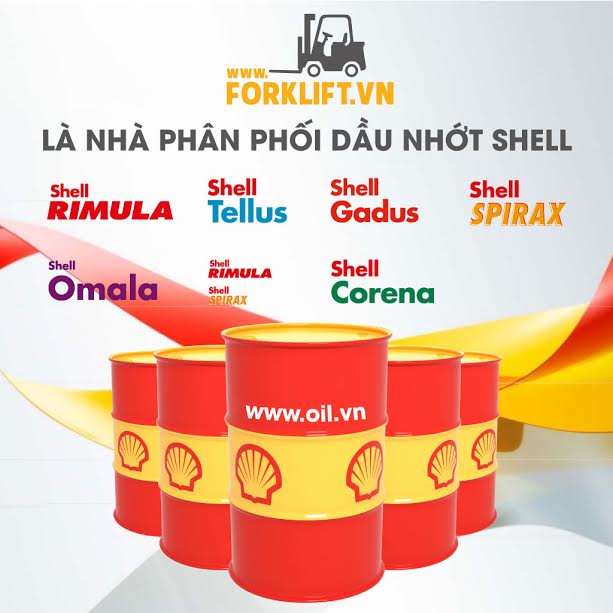